Throughout the history of humankind, there has been a development of occult weapons. Some of them are recurring ideas that have survived several renaissances and purges over time. There are four classical elements that are actually symbolized by the popular elemental weapons. The earth, water, air, and fire are the powerful forces that are represented in the mystic traditions along with tools such as warlock scout rifle that is capable of harnessing the powerful forces that they symbolize.

The four popular elemental weapons represent the powerful forces, but there are probabilities of favoring one elemental weapon over than others, which can be a mistake. Like overemphasizing on earth’s elemental weapons can lead to hoarding and pathological greed. While focusing exclusively on fire elemental weapons would easily lead to burnout in terms of personal sense and externally such as your career, education, and relationships. Air and its elemental daggers will lead to communication breakdown and this will be visible when you see people taking down each other by cutting remarks. And finally, water is an element that symbolizes emotions can be destructive in case we don’t contain it properly.

Basically, all the four aspects of the ancient occult weapons can be useless without relying on each other. These four elements and their symbolic weapons are meaningful when it is emotionally intelligent, willpower and resources to manifest them. If you want to wield any of these 4 elemental weapons, you need to know how each works with others and use it to slay your serious internal enemies. 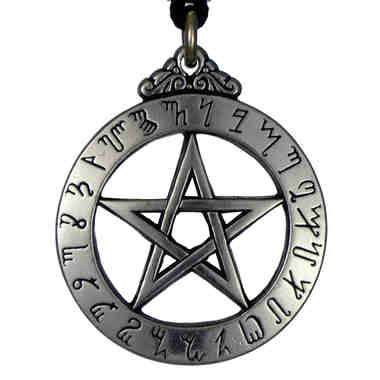 1. Earth Pentacle
Earth is mostly associated with the life and physicality and symbolizes the ceremonial magic known as Pentacle that resembles a smaller disc with relevant symbols and runes which are engraved onto it. You’ll find Pentacles quite small and are usually worn as talismans for attracting good fortunes to fighting off dangerous spirits. Pentacles are referred by some people as coins that represent currency which will manifest in one’s will. Earth is an element you should go to whenever you want things to start happening for you to get tangible results.

2. Fire Wand
When you invoke the earth to manifest the result, then its Fire that you need to achieve them. It symbolizes passion, willpower, and assertiveness. Fire will get the work done and its representation by magician’s wand. These wands are believed to possess magician power, but the real truth is that they’re just a conduit for the magician’s will A good example, they say a pen is more powerful than a sword. That means, your opportunities are just around you and not confined in a wooden stick. 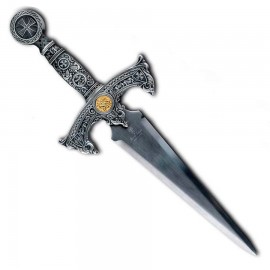 3. Air Dagger
We know fire represents willpower and passion, however, Air brings the intelligence that is needed by the passion to be effective. Air is actually represented by a sword or dagger Some of the popular blades include, satire, sarcasm, and parody. The sword is used to cut the ignorance and falsehood. This includes deceptions and lies that are used to manipulate others and ignorance about your faults and weakness.

4. Water Chalice
The Earth, Air, and Fire all symbolizes powerful forces, but water can take any form since it can be beneficial and dangerous too. As a classical element, water is mostly associated with emotions. We know emotions can provide beautiful art and also worst acts that a mankind can offer. The Chalice is a symbol that contains emotions and empathy to help control one’s self.

Other articles to read

What is Black Magic?

We provide examples of influential people who believe in this culture and how it influences the way of life of its believers.